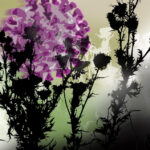 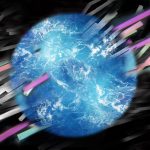 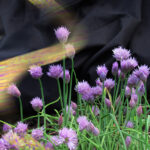 It is hard to believe that it was only in January of this year that the world finally took notice of the 2019-2020 Australian fires. They had been devastating to the country’s environment and tragically caused human deaths and homelessness. However, the situation also pulled at our heartstrings. The world has witnessed the burning and suffering of Australia’s beautiful and rare animals. Scientists estimate one billion have died. In January, I was moved to create these digital collages relating to the inferno’s effect on human and animal life.

Yet, by March, the world had turned its attention to a crisis that no one could ignore, the COVID-19 pandemic. However, the two catastrophes could be related by one glaring issue: global warming. Recent studies have confirmed that Australia’s wildfires have now been linked to climate change. Drought and Climate-influenced temperatures raised the wildfire risk by 30 percent.

Concerning the Corona Virus, of course, modern travel can quickly spread a pandemic from continent to continent. Moreover, pandemics like this are expected to rise as the climate changes. Illnesses carried by mosquitoes, ticks, and other animals, will likely increase on a hotter planet. In addition, when humans cramp and stress animals in tight cages, a viral crossover from species to species can occur. This is especially true in wet markets, which create a toxic mix of animal fluids and human beings. These viruses may have been coexisting within the animal species for many years, but people carry no immunity to them.

It seems like the global community is learning painfully, not to wait too long to address a problem like a pandemic. We are seeing how quickly illness and death can mount up in a short amount of time. I hope our world community can learn from this and take corrective steps for our climate NOW. A tipping point for the earth could come sooner than we think.